On 24 June 2010, the Institute for Mathematical Sciences (IMS) celebrated its 10th anniversary in one full-day event with formal speeches, musical performance, video presentation and invited lectures, culminating in an informal appreciation dinner.

The day's celebration began at 9.30 am in the Institute's auditorium with a welcome speech by the Director, Louis Chen who, in his usual concise way, reminded the audience of the origin, mission and modus operandi of the Institute. His somewhat unemotional and methodical expression of appreciation belied the agony and joy that he must have gone through in the past 10 years.

In contrast, the speech of Chi-tat Chong was an intensely personal testimony of a long road travelled in pursuit of a tropical mathematical paradise for research activity. He recalled briefly how the idle canteen discussions regularly indulged in with his colleagues more than 20 years ago ignited the engine that inevitably and inexorably set in motion a collective journey to the west and back in search of an ideal model of a research institute. Finally, he suggested, if not exhorted, that we should start "another round of idle canteen talks" that would propel the Institute forward to the next stage of development.

While the first two speeches were more locally inspired, the Chairman of the Scientific Advisory Board, Roger Howe gave the audience a historical and paradigmatic perspective of some of the achievements of the local mathematical community. He cited three important examples as evidence of the successful and positive role of the Institute in the mathematical development of Singapore.

In his speech as the guest of honour, the President of NUS, Tan Chorh Chuan showed an empathetic understanding of the mathematical mind and an appreciation of the mathematical spirit of enquiry. Some of the Institute's achievements that he highlighted must have certainly vindicated the faith and support the University has given to the Institute during the past 10 years.

After the speeches were made, the Director presented the President, as has usually been our custom, with a token of appreciation - a copy of the commemoration volume Creative Minds, Charmed Lives consisting of interviews published in the Institute's newsletter Imprints.

As in the official opening of the Institute some 9 years ago, the highly motivated and purposeful atmosphere was transformed for some intangible magical moments by two budding musicians in a duet of two contrasting instruments, Kelly Loh on the flute and Mifiona Quah on the harp. The first piece, entitled Remembrance, brought back nostalgic memories with an eastern touch and was specially composed for the occasion by our own versatile scientist and composer Bernard Tan, himself in the audience. The second piece then brought the audience back to the present with a modern composition Entr'acte by the eclectic French composer Jacques Ibert.

The stage was next set for a visual and more impressionable infusion of the messages that the preceding speeches had conveyed. A video presentation prepared by the University's Centre for Instructional Technology gave us an informative glimpse of the cumulative and collective efforts that have contributed to the progress made by the Institute.

The reception that followed saw the rather modest grounds of the Institute overflowing with guests, visitors, local academics and scientists and graduate students. Some have travelled afar from home base to renew ties with old and new friends. Perhaps the short reception could have been too short for some as they took this opportunity to catch up with each other's diverse interests and activities.

A total of more than 90 people packed the Institute's auditorium with some viewing the proceedings via live telecast shown in the adjoining seminar room. Among the local dignitaries who came were Provost Eng-Chye Tan, Deputy President (Research and Technology) Barry Halliwell, Science Dean Andrew Wee, CHAM Tao Soon (Chairman of SIM University Board of Trustees) and LUI Pao Chuen (Chief Scientific Advisor to Ministry of Foreign Affairs).

The day's celebration would have been incomplete without an intellectual offering to stimulate the mind. Three invited talks were given in the Institute's auditorium - one following the reception and the other two in the afternoon after the lunch break. The first talk Supporting mathematical sciences: An NSF perspective was given by Tony Chan, the recently appointed President of Hong Kong University of Science and Technology. A friend of many of our NUS Academics and a previous organizer of the Institute's program, he shared his rich experience and ideas accumulated during his long and distinguished association with research organizations in the United States.

The second talk The universe of sets was given by Hugh Woodin of the University of California, Berkeley. Not only is he a frequent visitor to the Institute and an active organizer and participant of the Institute's activities, but he is also a benefactor and supporter of research in logic in Asia. Thanks to him and his colleague Theodore Slaman, the logic group in NUS led by Chi-tat Chong was recently promised a generous grant from the John Templeton Foundation for research activities in logic in the next three years.

The third talk Is economics a mathematical science? was given by Yeneng Sun, himself a former Deputy Director of the Institute and recently appointed Raffles Professor of Social Sciences in NUS, having started his distinguished career in the Department of Mathematics.

The day's celebration was rounded up with an informal appreciation dinner held in the evening in The Pines Club, situated at the fringe of the most modern and cosmopolitan part of Singapore. It was a simple gesture made by the Institute to express its appreciation of the cumulative and collective efforts of its past and present staff. Served without any fanfare and joined in by a number of selected local and overseas guests, the traditional full-course Chinese banquet was both a symbolic and a tangible taste of the fruits of a sapling planted 10 years ago.

The Institute for Mathematical Sciences (IMS) at NUS celebrated its 10th anniversary on 24 June 2010. Marking the event were invited lectures by three eminent mathematicians - President of the Hong Kong University of Science and Technology Prof Tony Chan, University of California Berkeley's Prof Hugh Woodin and NUS Department of Mathematics' Prof Sun Yeneng. In attendance to celebrate the anniversary were some 80 guests hailing from countries which included Hong Kong, USA, Australia, France, Switzerland and Japan.

Congratulating IMS on its anniversary, NUS President Prof Tan Chorh Chuan said: "NUS has a critical role to play, as a key driver of knowledge creation, transmission and application. The quality and impact of our research are on a steeply rising trajectory. IMS, set up in the year 2000, is a key part of our plans to put NUS on the world map for mathematics education and research and to underpin the kind of research that the university is doing."

Concurrent with the celebrations, IMS announced the set-up of the Asian Initiative for Infinity (AII), which is funded through an endowed gift of S$1.4 million from the John Templeton Foundation. The gift is eligible for the dollar-for-dollar matching fund from the Singapore Government.

To commemorate the occasion, a book published by the World Scientific and titled "Creative Minds, Charmed Lives" was also launched. The book is a compilation of interviews with 38 eminent scientists and mathematicians that were carried out at the Institute over the past 10 years.

The IMS is a university-level research institute which aims to foster mathematical research, both fundamental and multidisciplinary. The Institute also seeks to nurture the growth of mathematical expertise among research scientists, to train talent for research in the mathematical sciences, and to serve as a platform for research interaction between the scientific community in Singapore and the wider international community. 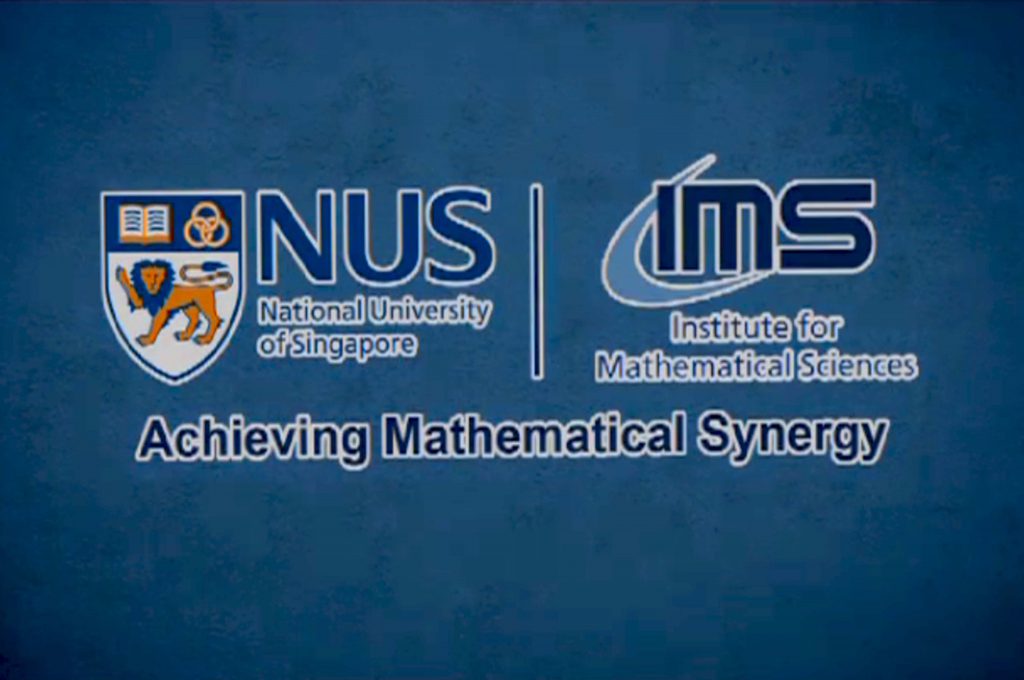 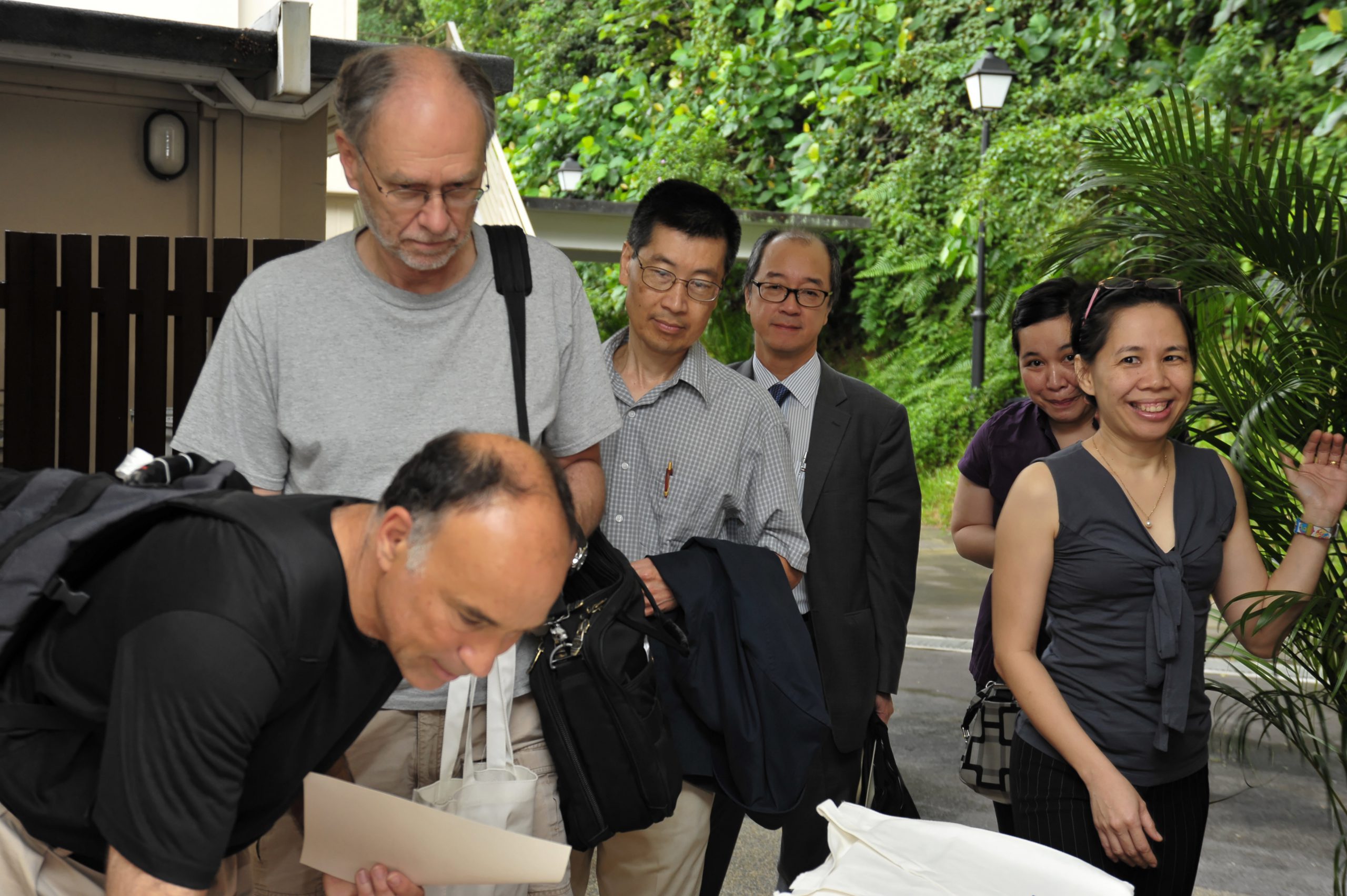 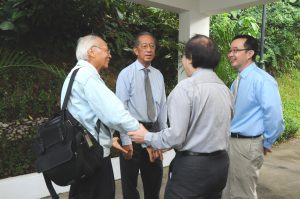 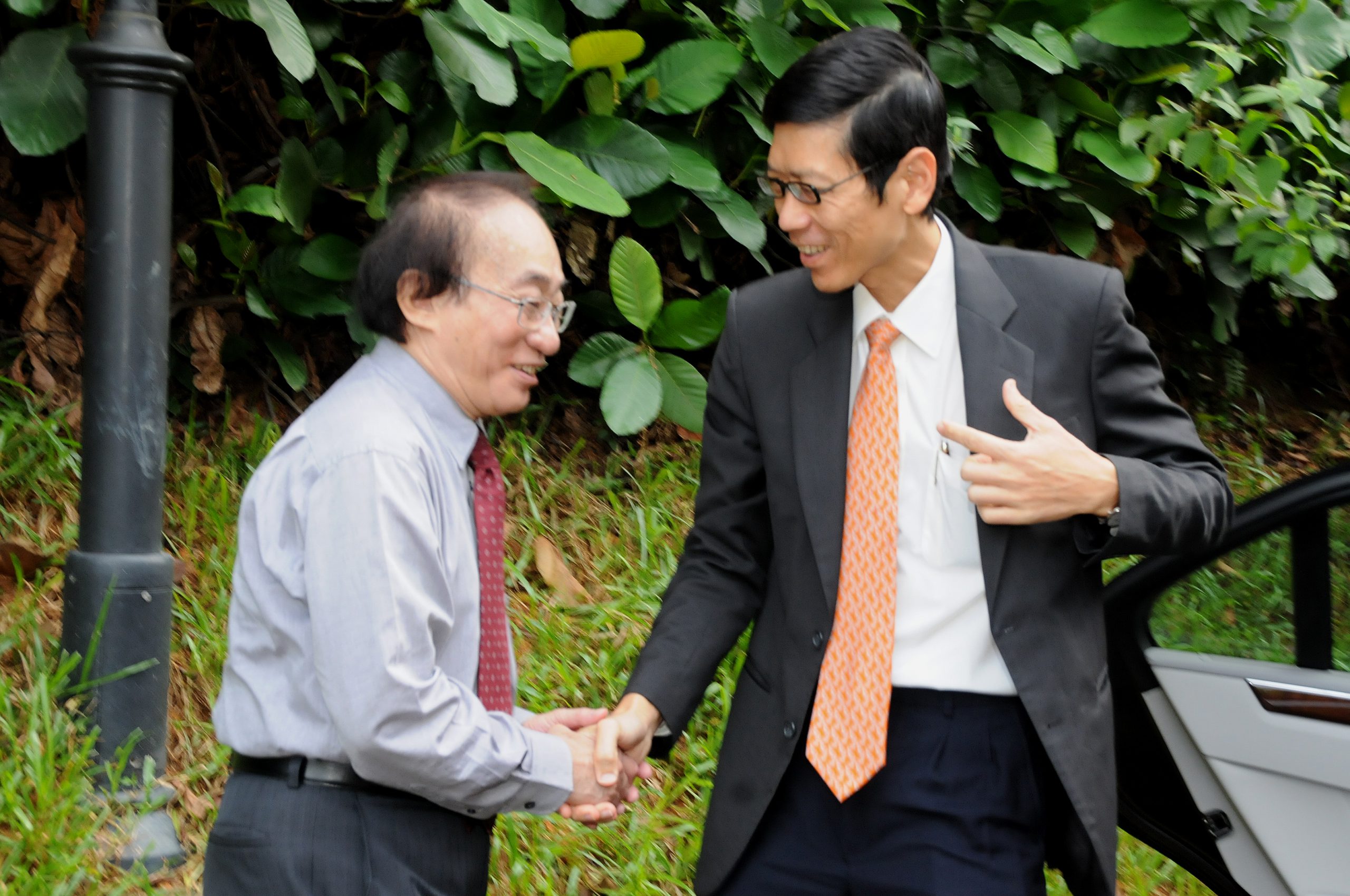 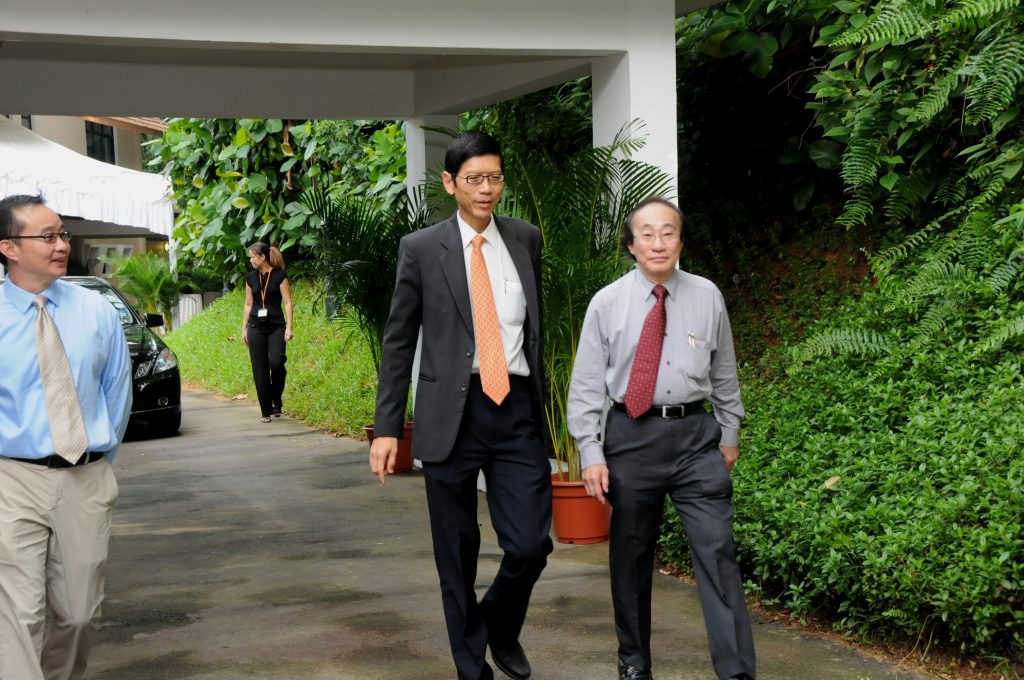 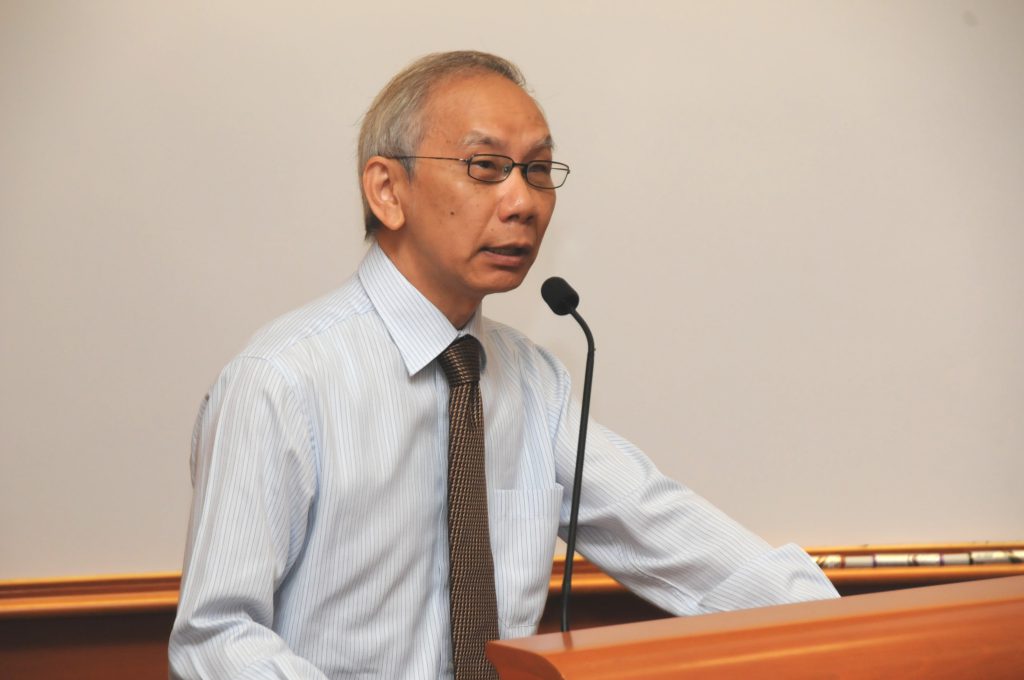 CHONG Chi Tat, Chair of the Management Board, on the pre-history and history of IMS 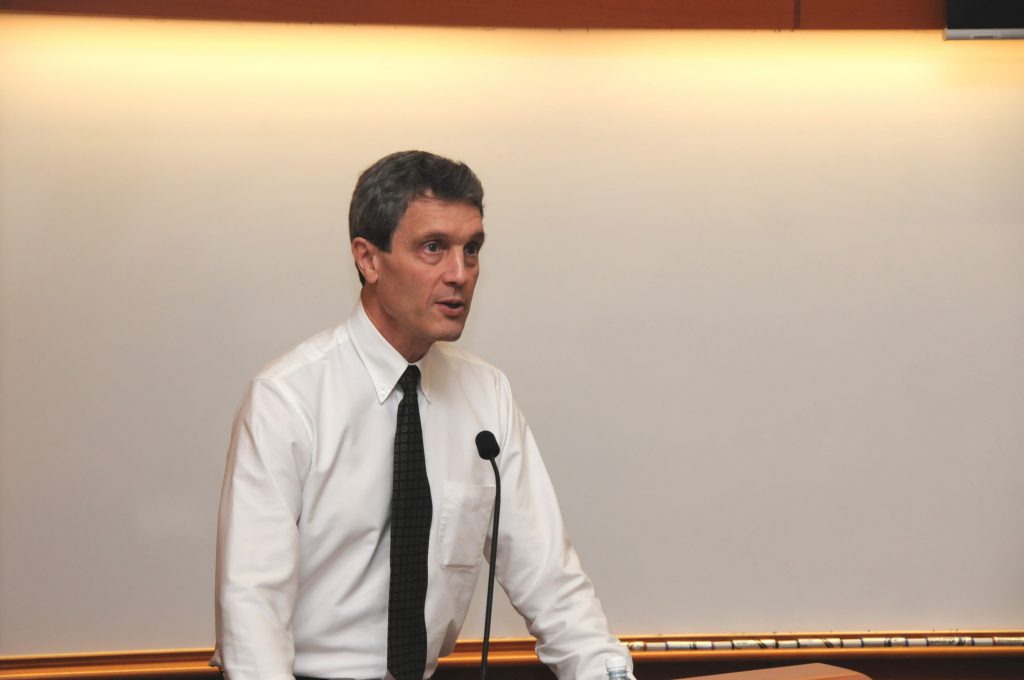 The theory of types of mathematical events: Roger HOWE 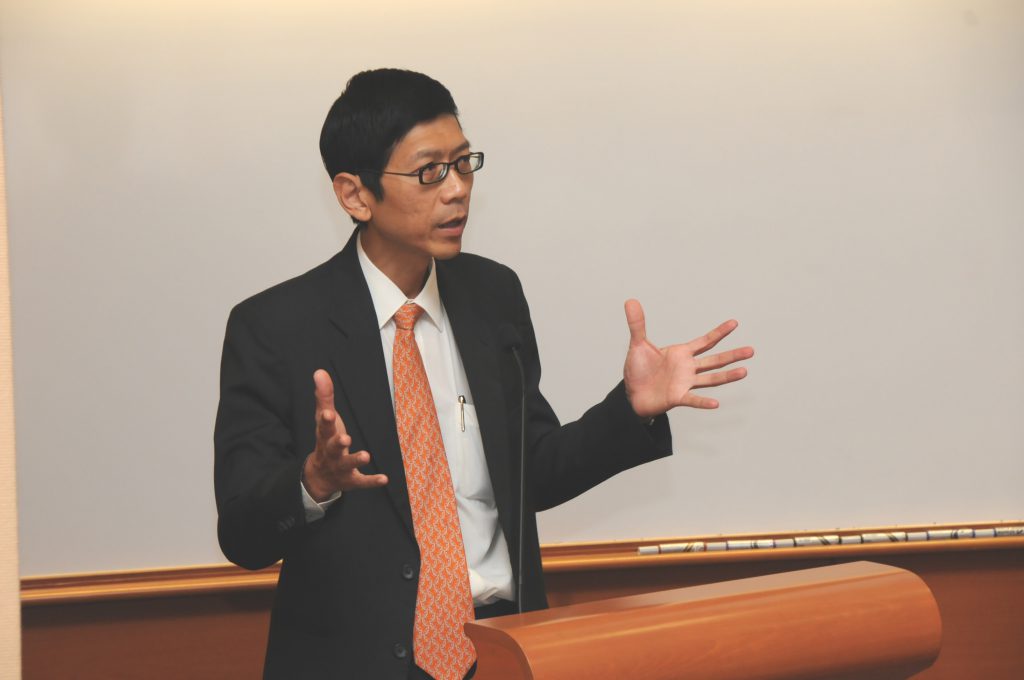 President TAN embracing the idea of the mathematical institute 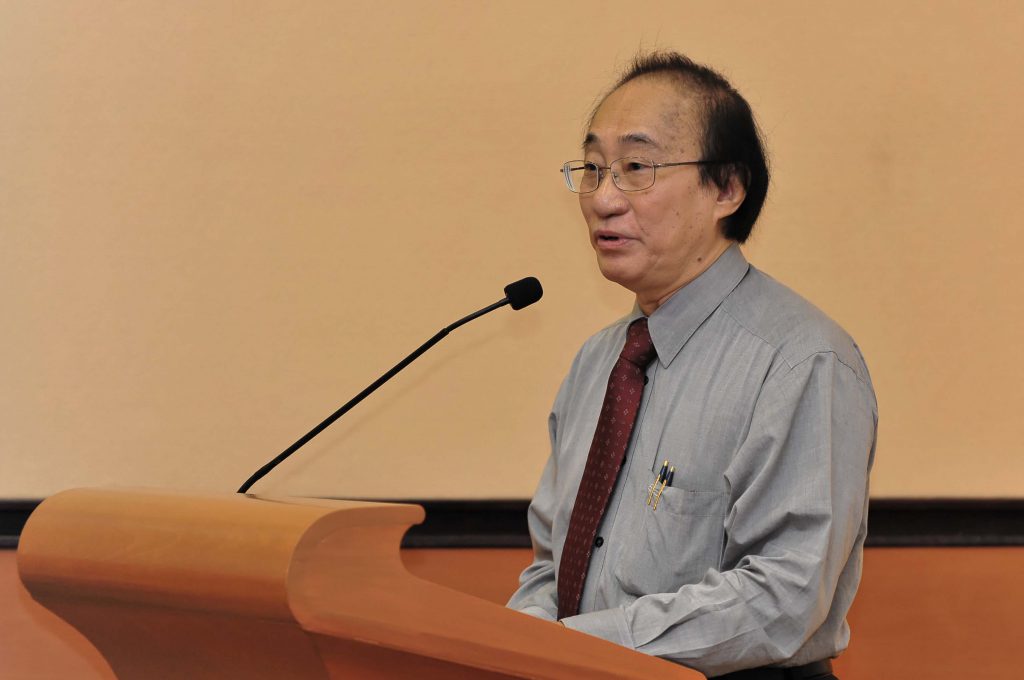 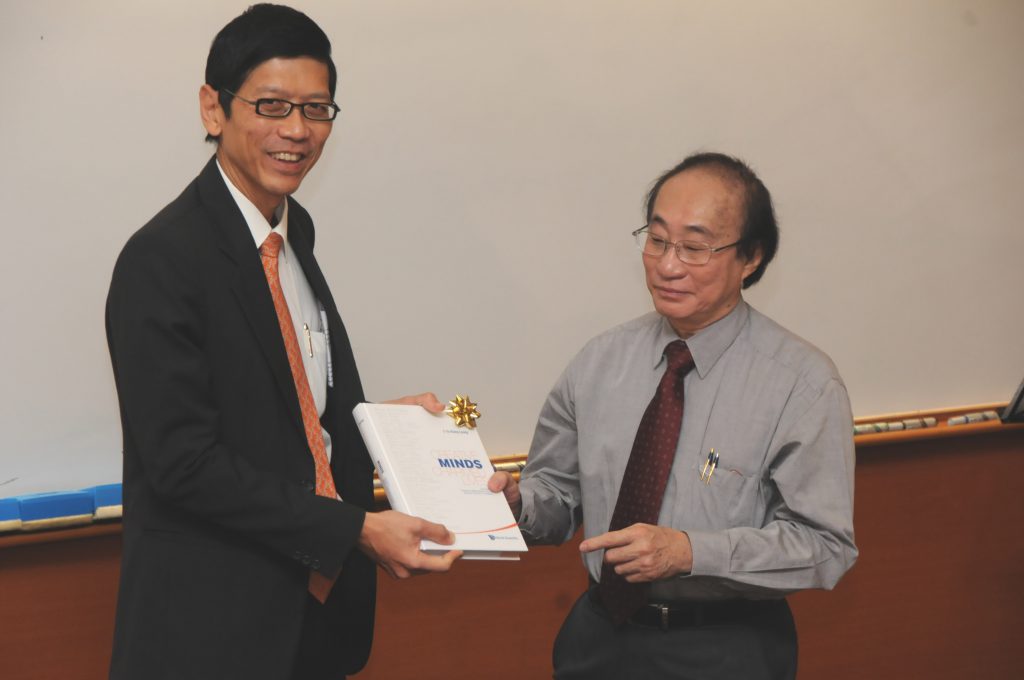 A charmed memento for the Guest of Honor 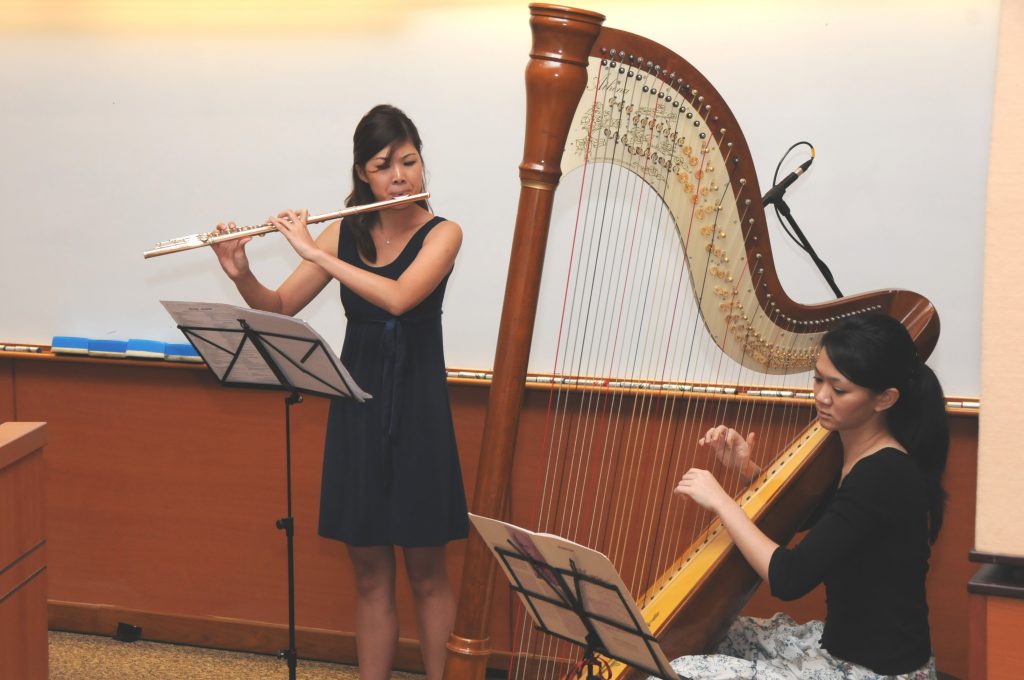 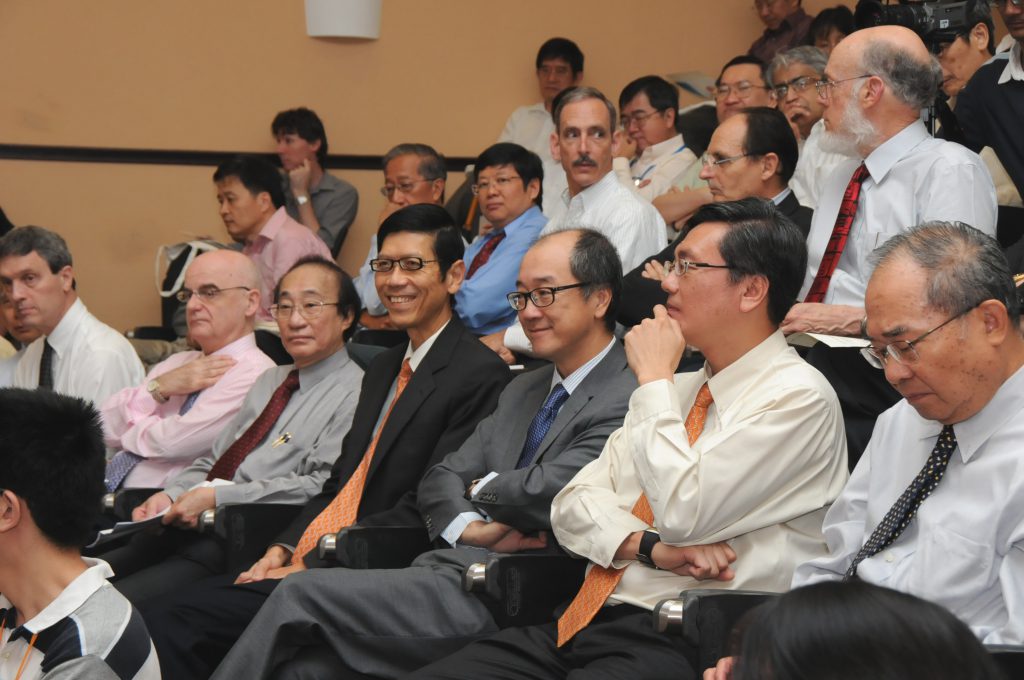 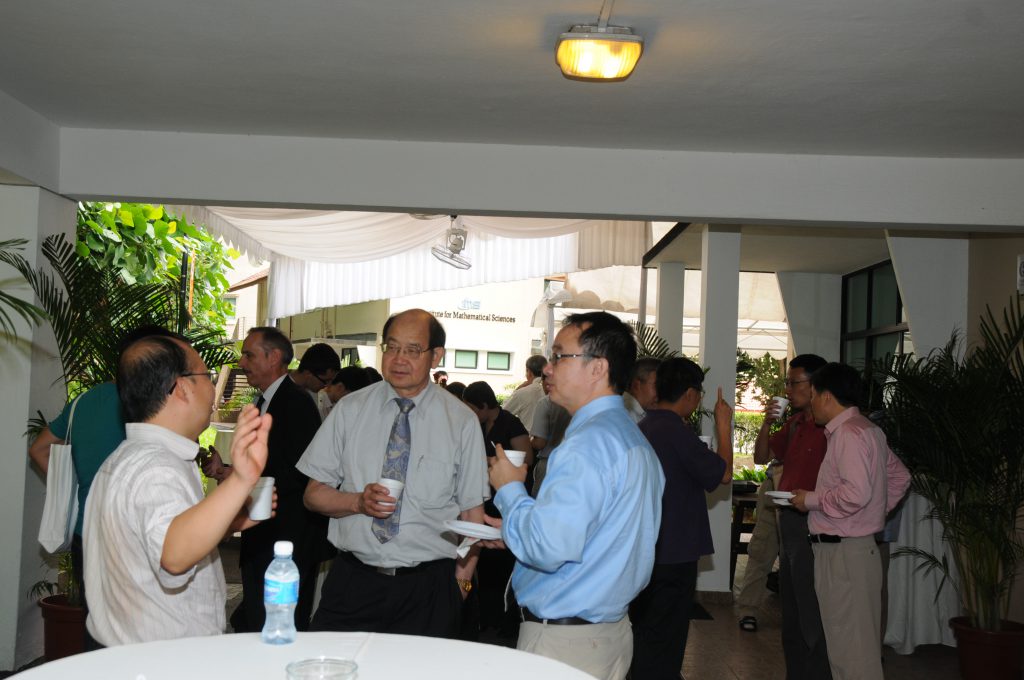 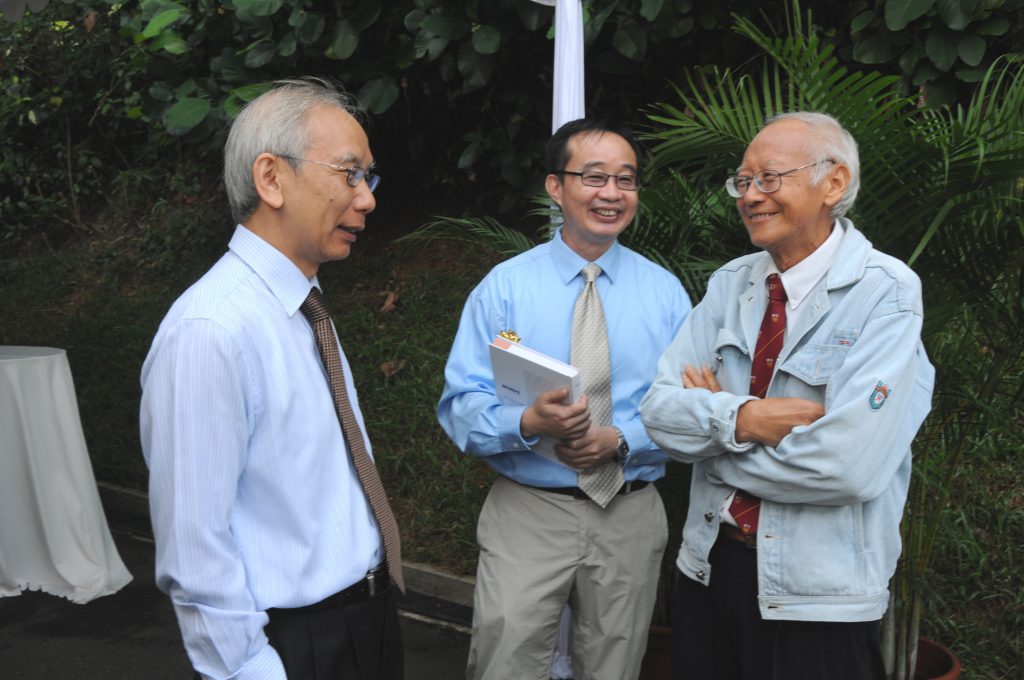 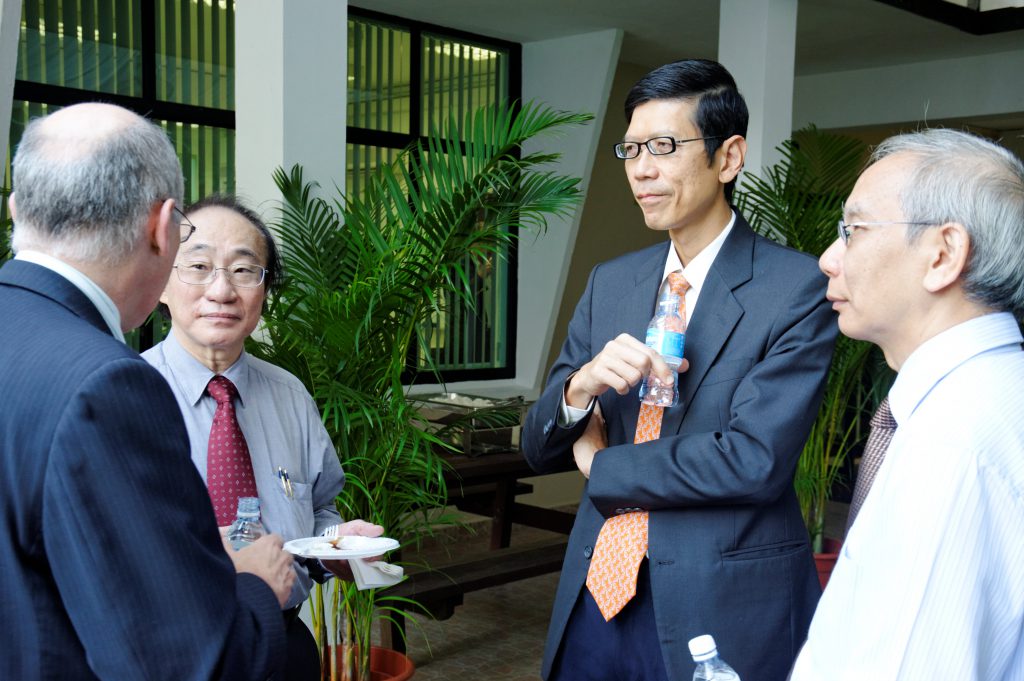 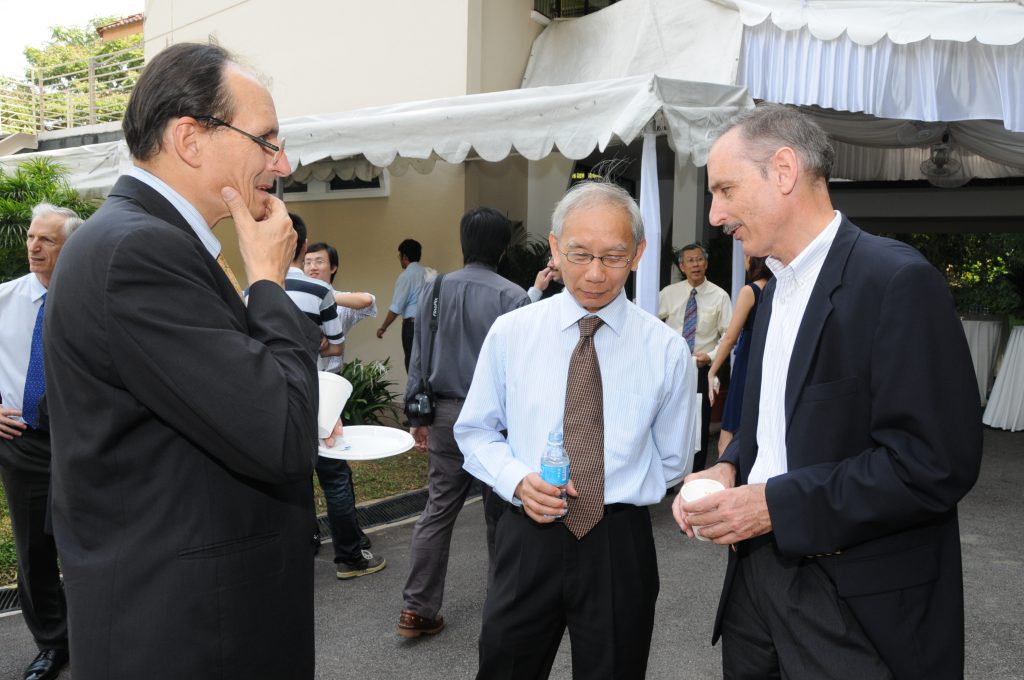 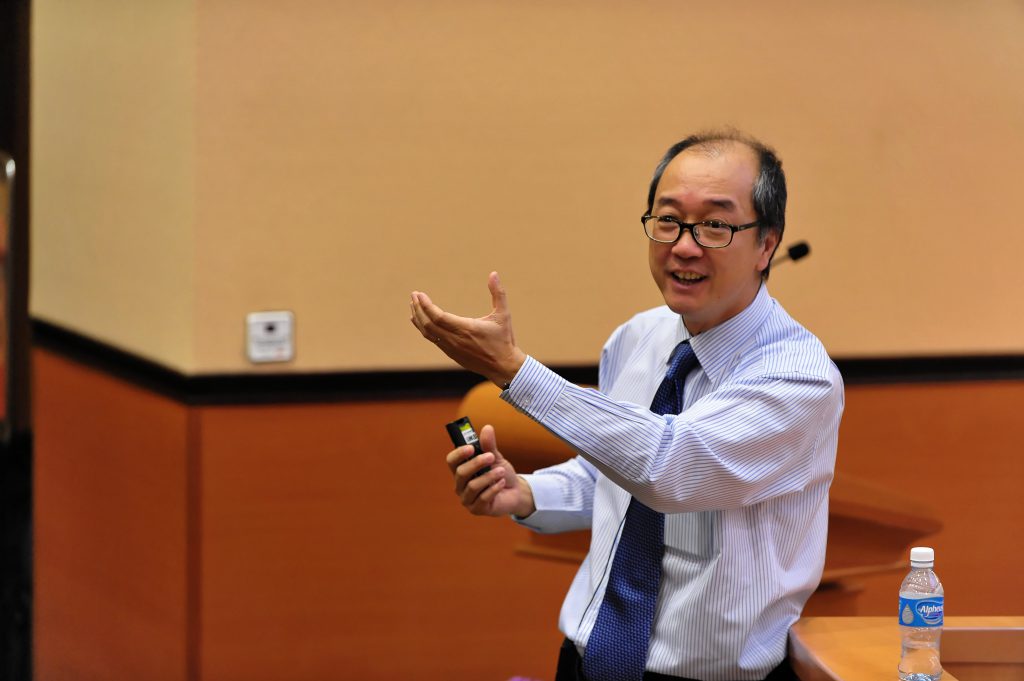 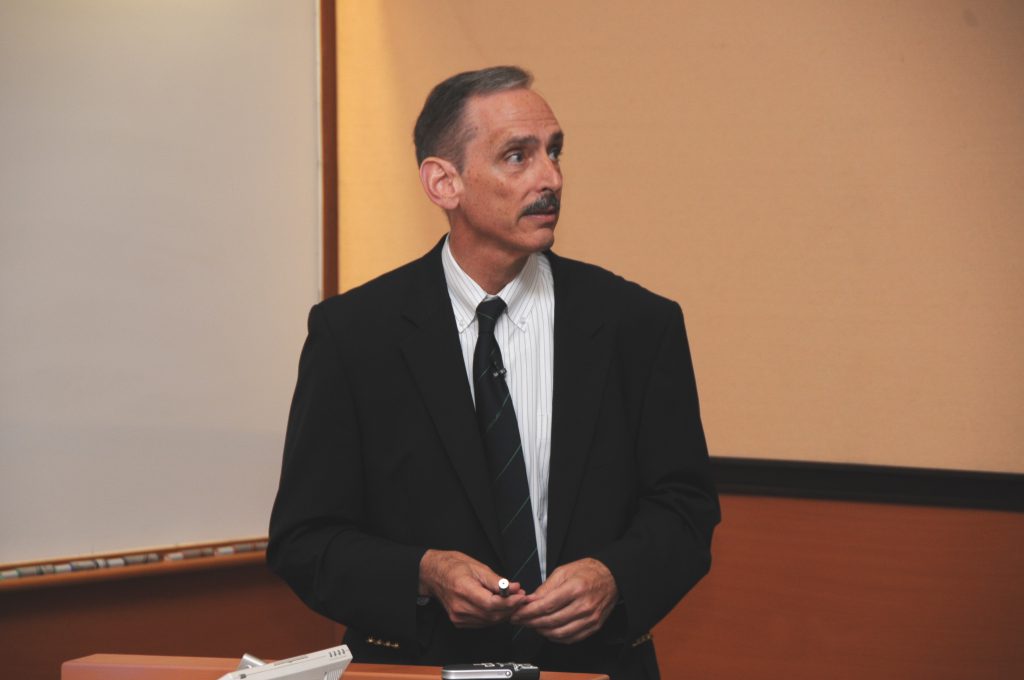 The universe of sets: Hugh WOODIN 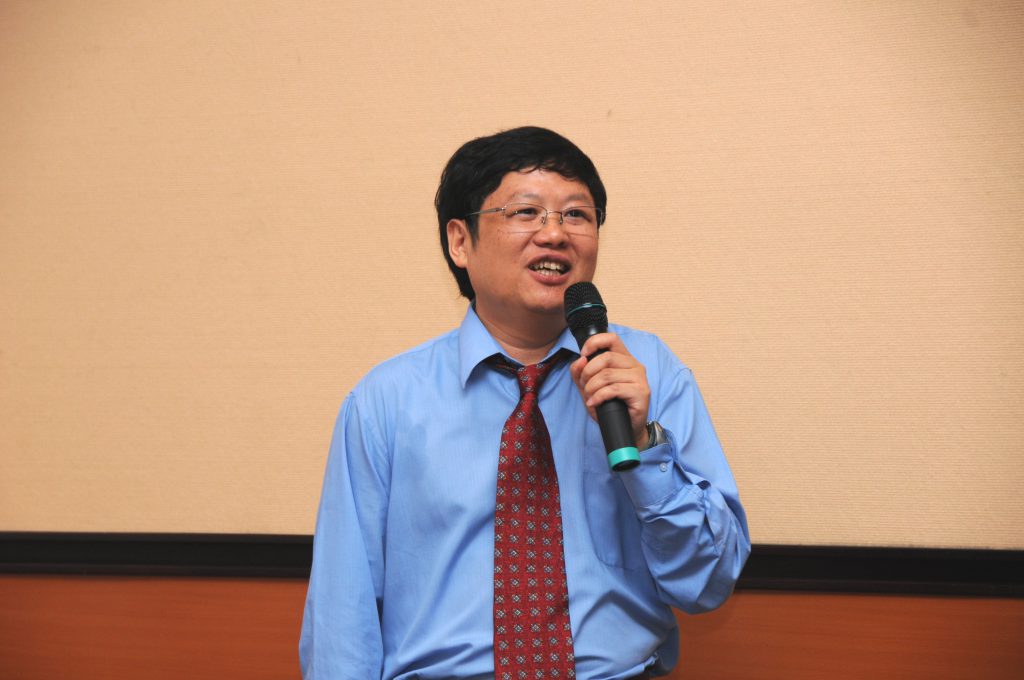 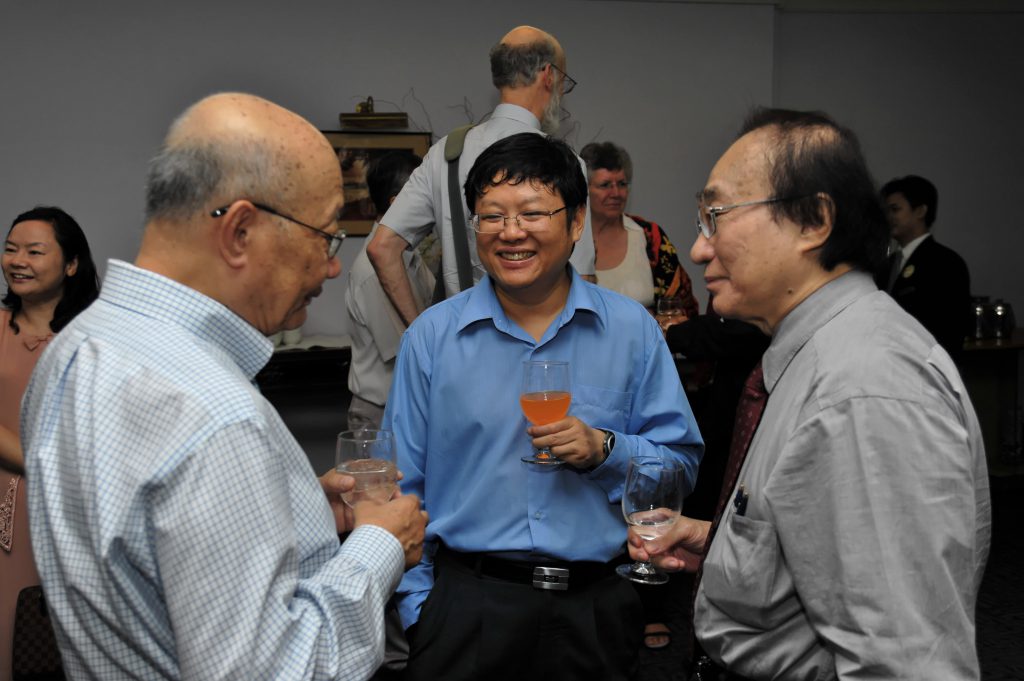 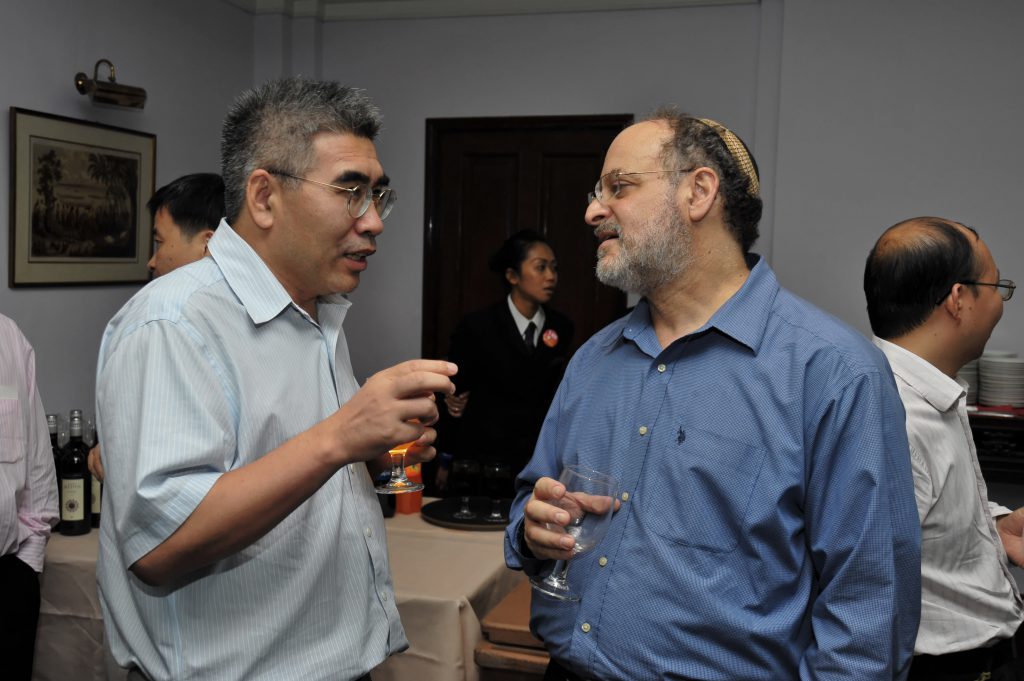 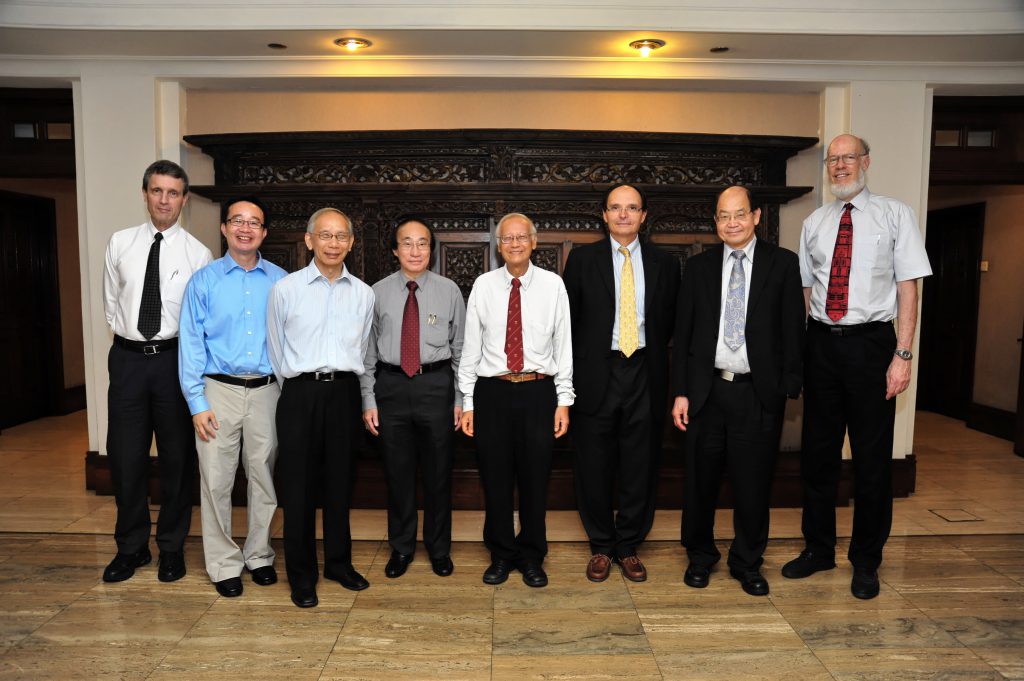 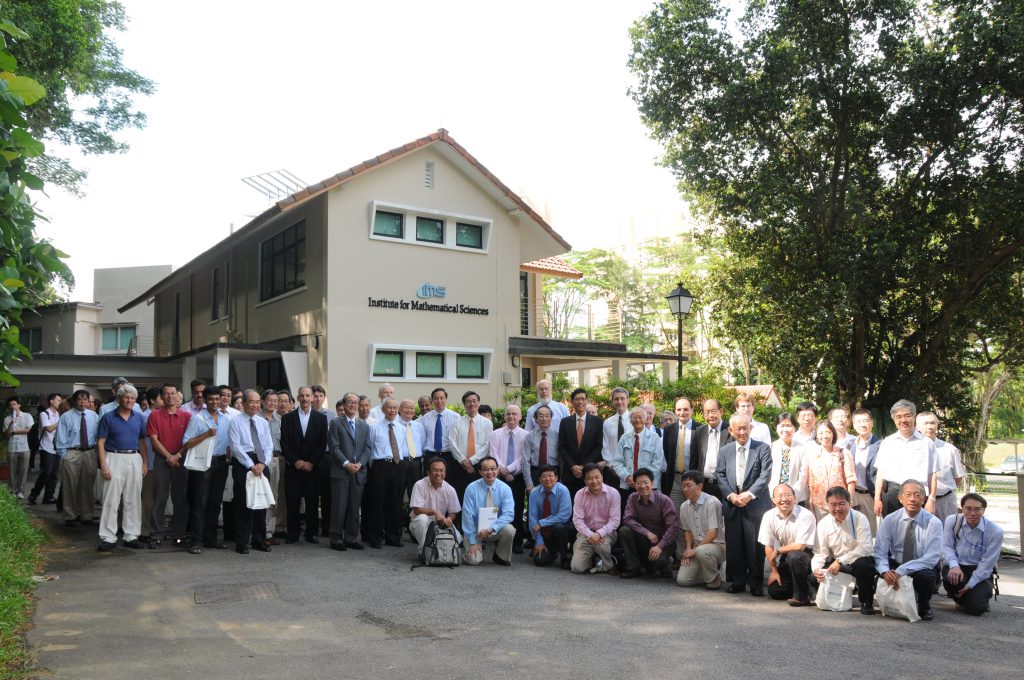 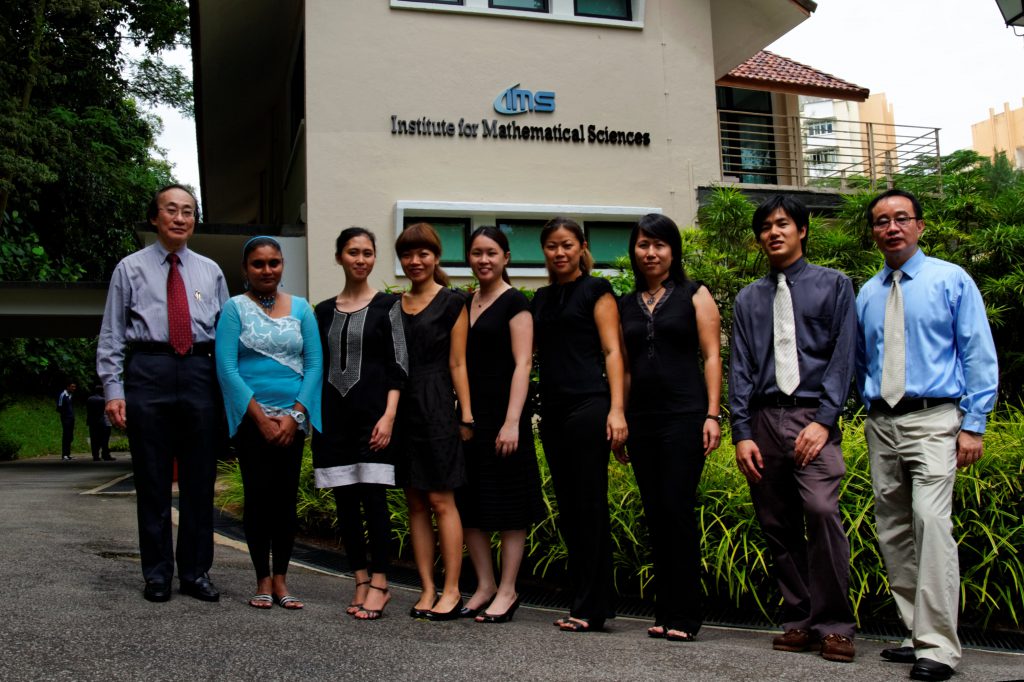 CHONG Chi Tat, Chair of the Management Board, on the pre-history and history of IMS

The theory of types of mathematical events: Roger HOWE

President TAN embracing the idea of the mathematical institute 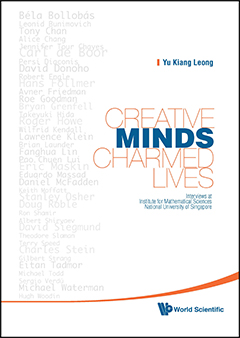