On the 20th of September 2021, the Institute for Mathematical Sciences (IMS) celebrated its 21th anniversary. The celebration started in the institute’s auditorium with a welcome address by the Director, Chi-Tat Chong. In his speech as the guest of honour, the President of NUS, Tan Eng Chye, then delighted the audience with historical perspectives on the institute and highlighted the role of the IMS in the local and international research environment. After the speeches, and as has been a custom during these occasions, the Director presented the President with a token of appreciation – a copy of “The Art and Practice of Mathematics”, a volume consisting of interviews published in the IMS newsletter.

As in the official opening of the Institute in 2000 and during its 10th anniversary, a musical performance was offered. On stage, a young cellist, Michelle Zhu interpreted two movements, Sarabande and Gigue, from the Bach Cello Suite No. 3 in C Major.

The anniversary would not have been complete without scientific talks. In the first talk, Professor and Vice Provost Shen Zuowei described the “Mathematics Behind Deep Neural Networks”. The day’s celebration was concluded by a talk by Professor Zhu Chengbo entitled the “Orbit Method: From Matrices to Unitary Representations”. 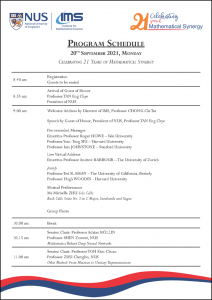 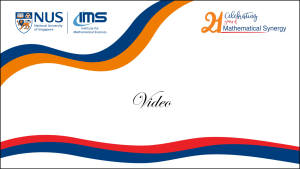 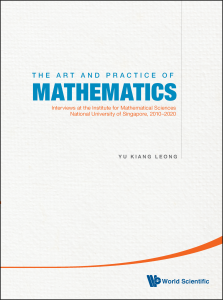 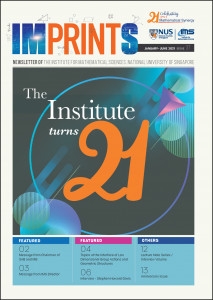