String and M-Theory: The New Geometry of the 21st Century: 10–14 Dec 2018
The 5-day workshop will consist of introductory lectures and research talks, with some afternoons free for informal discussions involving all participants. The topics that will be discussed revolve around four sub-themes as follows:

Sub-theme 1: The SQFTs along the M-branes

Sub-theme 2: The role of homotopy super Lie-n algebras in M-theory and EFT

Sub-theme 3: The mathematics of string dualities and stringy objects 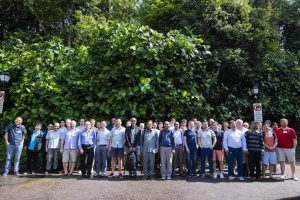